Release of Screwing Around (Tinseltown Temptress, book2) by Alexis Wilder

Blitz: Screwing Around by Alexis Wilder 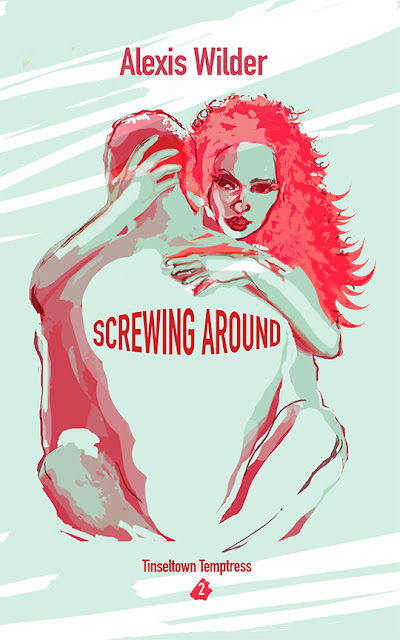 Join the party on Facebook for a chance to win! ✰✰ Door prize drawings will begin a little after 8pm EST and all prizes will be awarded by 10 pm EST on facebook, 10:30 on Tumblr. ✰✰

The world’s first celebrity sex reporter finds navigating the private lives of Hollywood’s elite more treacherous than titillating. Cassie rallies her seductive forces in time to persuade her editor, Mr. Wilcox to rehire her at TFP, but her troubles are far from over. How lucky can one girl get? Run-ins with her ex, rando drummers, (Scandinavian film star and general loon) MH, and even a gun wielding psycho threaten to derail Cassie’s hunt for professional grade, celebrity level, sexual fulfillment. Her articles as the Tinseltown Temptress have become more popular than ever costing her friends, privacy, and peace of mind. And while her notoriety affords her a certain measure of job security it also makes keeping her secret involvement in the whole scandalous business harder than ever. Between locating her thieving mother and defending her home from interlopers, both foreign and domestic, Cassie is in over her head. Add in the constant pressures of finding suitable film stars to screw and bestie Matt breathing down her neck for his investment capital, and it’s plain why the woman feels so swamped. Clinging to the loose threads of all the lies, Cassie tries to stay afloat while blazing a torpid trail through the ranks of Hollywood’s finest in search of her happy ending.

Also Available: Screw Up Book One 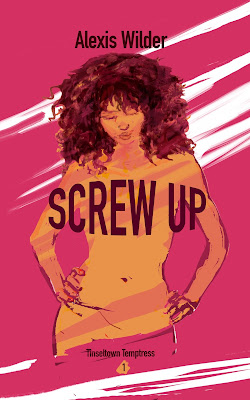 A desperate writer must learn to embrace her inner bombshell when she lands a covert job as the world's first celebrity sex reporter. Cassie has hit hard times. She can't find a job, her mother is prison bound, and her love life jumped a plane and fled to another continent. What’s an ardent fangirl to do? When a handsome new acquaintance offers her a lucrative position writing for his online celebustalk publication, TenFootPole, Cassie jumps at the chance to make some real money doing what she loves. The only catch is the subject matter. She’s assigned the gossip rag’s new beat, the sex desk, and must score with big names and tell all. In graphic detail. Publishing under the Tinseltown Temptress pseudonym is supposed to shield her, but she soon realizes that no amount of anonymity would be enough to protect her from the repercussions of her notorious stories. As her personal life circles the drain, Cassie grasps for handholds in all the wrong laps and struggles to keep her head above the shark infested water. When her investment in a friend’s all male revue is put in jeopardy, she must rally her seductive forces or sink forever under the waves. 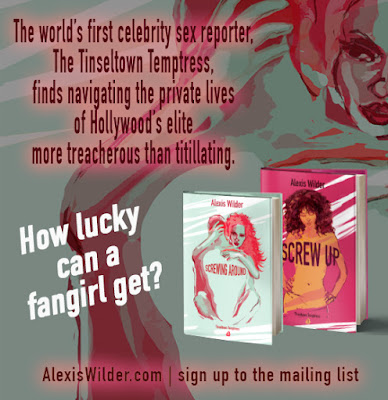 James T. Wilcox, Cassie’s boss
at TFP.mag, just roused her out of bed early in the afternoon to discuss his
plans for her upcoming article. She’s busy making excuses.

His faced changed while she spoke and when she finished MH’s
hand inched forward and grabbed the edge of her towel. She relaxed her grip and
let him pull it off of her. His eyelids sank fractionally and his nose flared
at her exposed flesh. Cassie leaned away slightly, pushing her shoulders back
for her best breast display and she watched as his will to resist her snapped.
His hands came around the back of her neck to pull their faces together and his
lips sank into hers with a tender warmth she hadn’t expected. He kissed her
slowly and deeply like a man without cares or reservations.
***
This is an excerpt from chapter three of Screwing Around, by Alexis Wilder, available November 23, 2016. 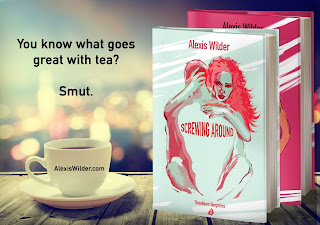 Alexis Wilder loves living near a lake with her patient husband, their mermaid children, and a deranged dog.


Posted by Bethany Lopez Author at 1:11 AM