Contemporary New Adult (18 and over)

In a small town, it's hard to recover from being dumped by your high school sweetheart. That's just what Briana has to do after Colin leaves her to follow his dreams. She focuses her energy into her friendships and the pursuit of her own goal of becoming a chef. Just when she finally feels like she's on the right path, he comes back to town.


Colin knew breaking up with Briana before leaving for college was the right thing to do. He was determined to leave small-town life behind forever, and that included his high school girlfriend. But when a sports injury puts him on the sidelines, he's forced to return home. Seeing Briana again brings back a lot of memories, and Colin wonders if he made the right decision. It doesn't take long for him to realize he wants her back, and this time, he wants to make it last.

Thanks to the fabulous Cover Designer: Stephanie Mooney - http://mooneydesigns.net/

Thanks to AToMR Tours for organizing the Cover Reveal.

I said that it would be released on Nov 12th, but it looks like the formatting and uploading will get done a little sooner. Excited!!!

Now for the cover ~ Let me know what you think! 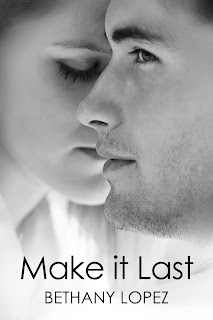