Book Blitz for Playing for Keeps by Emma Hart 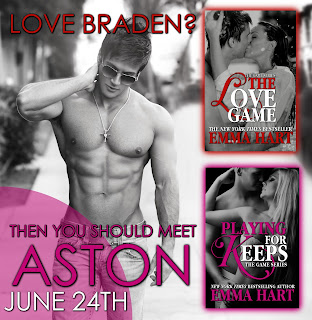 Blurb:
From New York Times and USA Today bestselling author, Emma Hart, comes the second book in The Game series, and the story everyone wanted after The Love Game…
She's in love with him.
He's trying not to love her.
One night changes everything.
Aston Banks never meant to get close to Megan Harper – not even for that one night. Haunted by a childhood he refuses to face, he knew she could break through every wall he’d ever built and tear them down without even realizing she was doing it.
Betraying Braden by starting a relationship with Aston wasn’t on Megan’s to-do list, but the second she sees a glimpse of someone other than the arrogant ass she’s come to know, she can’t walk away.
Aston’s childhood is worse than Megan ever guessed, but as he tries and fails to push her away, it’s clear her love is stronger than the demons that cling to him every day. And now, because of it, he finally has to deal with what he’s buried deep down.
What he doesn’t want to face. What he’s fought against for so long.
And they have to do it all without Braden finding out.
Keeping a relationship secret has never been harder.
**This book can be read as a standalone novel, but reading The Love Game (The Game, #1) beforehand is advised.** 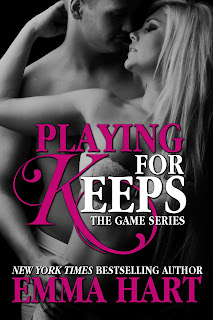 I love books that reconnect you with beloved characters. I loved The Love Game, so was excited to read and review Playing for Keeps. It did not disappoint. It was great to see what was going on with Maddie and Brayden, but this book was all about Megan and Aston, and I have to say, I really love Aston. Aston is Hot, Naughty, and Broken. What more can a girl ask for??? I think that Megan is his perfect match, and I love that she didn't run when she realized that he wasn't the guy she'd originally fell for.
If you loved The Love Game, you will love Playing for Keeps. Emma Hart knows her characters and her audience. I can't wait to see what she releases next.

“You okay?”
I shake my head. “No. Every time. Every fucking time he brings her up. I thought he wouldn’t in front of you, but he did.”
“He has his own pain,” she says softly. “It doesn’t excuse it, but he does. He feels guilty for what happened to you – that he couldn’t stop it.”
My mind reels for a second and I look down at her. “He told you that?”
She nods, letting her hand drop from my back and standing in front of me. I stop.
“You’ve never let him tell you.” She reaches up and cups my face. “He hurts, too, Aston. You both hurt. It’s not something that will go away, but you can’t let it rule your lives. If you let pain rule you you’ll get lost in it.”
“What if I’m already lost?”
“You’re not lost. You’re hiding, but you’re not lost. I won’t let you get lost.”
I let my hands come up and rest on her back, pulling her into me. “What if there’s no map?”
“Then I’ll get lost with you,” she whispers. “I won’t let you let them win, Aston. I won’t let you get sucked in by those demons. I won’t let that happen. I care too much.”
And she does. I can hear it in her voice.
She wraps her arms around my neck, and I hold her to me tighter, our foreheads resting against each other.
“I’ll try, Megs,” I promise. “I can’t say I won’t, but as long as you’re here, I think I’ll be okay.”
“And you’ll talk to your Gramps? Just once?”
“I’ll think about it. How about we just focus on stopping me from getting lost for a bit?”
“You just need a place to aim for, that’s all. You need a place to go to.”
“Go on then.” I smile. “Give me a place.”
“Okay.” She pauses for a second, closing her eyes and chewing her lip.
“I’m waiting…” I tease her.
Her blue eyes open, shocking me with their vitality. “Aim for the moon, because even if you miss, you’ll land among the stars.”
“I don’t need to aim for the sky. The only star I’ll ever need is standing right in front of me.” I brush my lips over hers. “Maybe the place I need to aim for is nowhere other than where I am right now.”
“Maybe I’d go with you wherever you ended up.”
“Maybe I’d never ask that of you.”
“Maybe you wouldn’t need to ask. Maybe you’ll never need to ask me for anything, because I’ll always be here.”

Check out Book One ~ The Love Game 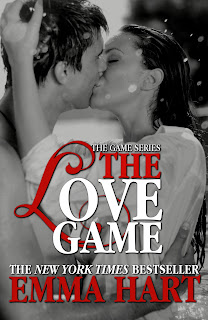 Link to Chapter One of Playing for Keeps on my website: 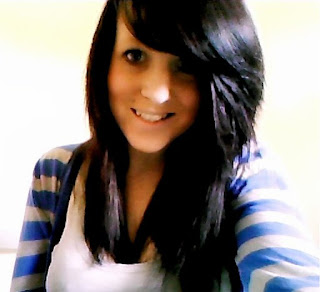 By day, New York Times and USA Today bestselling New Adult author Emma Hart dons a cape and calls herself Super Mum to a terrible two year old and growing bump, due September 2013. By night, she drops the cape, pours a glass of juice and writes books.


Emma is working on Top Secret projects she will share with her followers and fans at every available opportunity. Naturally, all Top Secret projects involve a dashingly hot guy who likes to forget to wear a shirt, a sprinkling (or several) of hold-onto-your-panties hot scenes, and a whole lotta love.


She likes to be busy - unless busy involves doing the dishes, but that seems to be when all the ideas come to life.


Goodreads: http://www.goodreads.com/author/show/6451162.Emma_Hart
Posted by Bethany Lopez Author at 9:54 AM