I am so excited to be participating in the cover reveal of Shift, book two in the Firstborn Trilogy, by my good friend Raine Thomas.

Here is the beautiful cover: 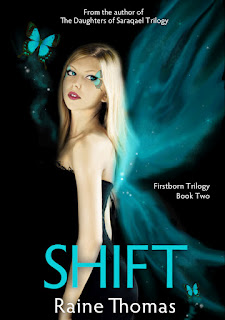 Blurb for SHIFT by Raine Thomas


Posted by Bethany Lopez Author at 6:00 AM