The Never by Kristina Circelli #Free for your Kindle


The Never - A Free Kindle
Book!

“Part fantasy, part startling
depiction of a broken, shattered reality, this book is a story of 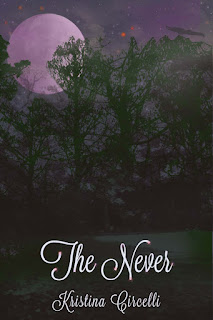 You’ve dreamed of adventure,
excitement, a world away from your own. In The
Never by Kristina Circelli, fantasy becomes reality. Don’t miss the amazing adventure waiting for you in this FREE Kindle book!

The Never is FREE July 16th - 20th, so take advantage of this opportunity! Get your copy today by clicking
here.

Want to know more about The Never
and its author? Check out the details below!

*Due to sexual content, The Never is recommended
for readers ages 18+*

“Out of nothing, we create something.”

Arianna has spent her entire life being called a
dreamer, an artist who created a world no one else can see. And for her entire
life, she has taken the medication that keeps that world – and the one who
brought her there – at bay.

Now an adult, Arianna reawakens that part of
herself kept locked away in the darkest corners of her mind. When she hides her
medicine from her fiancé’s ever-watchful eye, he returns – the shadow in the
night who collects her for an adventure known only in her fantasies.

But something is different about this world called
The Never. It is no longer the cheerful place filled with light and laughter
that she knew as a child. Now, the sea creatures drag their visitors into the
depths of murky waters. The natives battle to the death against the tribe of
children. And the pirates, led by the feared captain called The Hunter, seek
out Arianna for their own sinister plans.

As Arianna goes deeper into The Never, she
discovers just what her connection to the land means – and must choose between
her life rooted in reality, and the world where anything is possible.

What Readers Are Saying:


“This book is an excellent escape, where your imagination can run wild as you drink in the beautiful realm called The Never.”

“It's the kind of book where you're sad when you've reached the end because the adventure is over. You fall in love with the characters and identify with each of them in some way.”

“A literal page-turner. A wonderful adventure!”

“Circelli…paints an achingly beautiful yet stark landscape in the reader's eye, a true vision of a land that lost its way along with the woman who lost her place in the world. I knew I was going to enjoy the writing right from the foreword, but I had no idea how deeply enthralling it would be.”

“Circelli wrote adventures that had me holding my breath…” 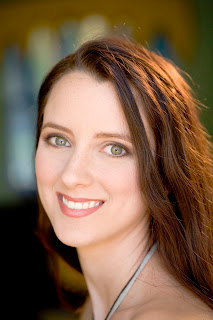 Her titles include The Sour Orange
Derby, a young adult novel about family and childhood imagination steeped in
southern traditions; Beyond the Western Sun and Walk the Red Road of The
Whisper Legacy, which centers on Native American cultures and the legends that
come to life in the spirit realm; and The Helping Hands, a book that follows a
gang of friends who rescue abused children.

Currently, Circelli works as a
copywriter supervisor, author, indie book editor, and creative writing professor at
the University of North Florida, where she received her Bachelor’s and Master’s
degrees in English. She resides in Florida, with her husband and two kittens, Lord Finnegin the Fierce and Master Malachi the Mighty.
Connect with Kristina:

Posted by Bethany Lopez Author at 10:36 AM