I have two. Love Actually. I love how all of the story lines wrap up some perfectly, some disastrously, on Christmas Eve. I'm a sucker for a good sob around the holidays. And. It's A Wonderful Life. Christmas was my grandfather's time and It's A Wonderful Life was his favorite movie. When Jimmy Stewart comes on it feels like he's right there with me and Christmas can begin.


Significant others not allowed... hmm... Oh, this could get me into all sorts of trouble! Thor. I'd totally Christmas-kiss Thor. Living a hop, skip, and jump away from Hollywood, I know that there is a distinct difference between the character and the actor who plays the character. Not that getting my toes curled by Chris Hemsworth wouldn't be horrible, but then you have the wife issue. LOL So, THOR! Give me a man in spandex with a big hammer, and I'm great!

Worst Christmas was my junior year in High School. My then boyfriend had just returned home from boot camp. I'd worked, saved, and borrowed enough money to buy him the gold ring he'd been eyeing before he left for Georgia. Come Christmas Eve, we exchanged gifts, went to church, and as he dropped me off at home ... he promptly broke my heart by breaking up with me because, "the distance was going to be an issue." Never. Gave back the ring. Best Christmas was the first Christmas I spent as my husband's wife. We exchanged vows December 5th and had a whirlwind three-week honeymoon. We came home December 23rd, had Christmas Eve Dinner on the 24th and waking up Christmas' morning was the perfect start to our "normal" married life. It hasn't been all candy-canes and Christmas' wrapping, but it certainly has been worth every stolen mistletoe moment.


EVERYTHING!!!! I love the food, the decorations, the happiness, the good will. I love family and friends and the celebration of hope that seems to infiltrate even the surliest of hearts.

MINDY IS HOSTING A GIVEAWAY, MAKE SURE TO SCROLL ALL THE WAY DOWN TO ENTER THE RAFFLECOPTER! 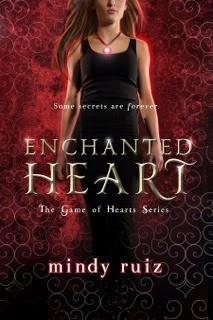 Cassandra Vera never ever broke the rules.
Ever!
She’s also had a nonexistent social life since her best friend moved to Vegas. Armed with a new set of resolutions, the promise of a hot date, and her adoptive parents out of town, seventeen-year-old Cassandra agrees to a road trip, which is the perfect way to celebrate her birthday and ring in the New Year. After all, she’s headed to Vegas, the city where secrets are meant to stay hidden.  Little does Cassandra know her past is buried there as well.
Cloaked in the shadows of the glitz and gaudy lights of Vegas lies a power struggle centuries old. One wrong step and Cassandra could destroy the delicate web of secrets.  Now an enemy she never knew existed is after her, and the one boy who may be the missing piece to the puzzle — and her heart— is the one person she can’t afford to trust.
Enchanted Heart links: Cassie Vera thought the biggest threat to her life disappeared the night her boyfriend, A.J. Vasillios, used his one-time-use power and saved her from certain death.

The mythological hit list she was on is nothing compared to her freshman year at the University of Las Vegas. Rooming with Vegas’s future female royalty has pushed her estrogen tolerance to its limit. Worse, Cassie must take place in a time-honored tradition that tests her faith, while her boyfriend’s new job threatens to shatter her heart.

Cassie’s school year is interrupted when the future queens are ordered to represent their houses in an annual high-stakes competition. While at her ancestral home in Malaga, Spain, Cassie discovers the Greek gods have gifted her with new abilities. Cassie takes matters of righting an eighteen-year-old wrong into her hands. However, actions have consequences, and Cassie’s may very well end up costing her and the House of Hearts everything.

With her family’s future at stake and the love of her life choosing sides, Cassie must cheat death one more time.

When duty requires you to do the unthinkable, where will your loyalties lie? 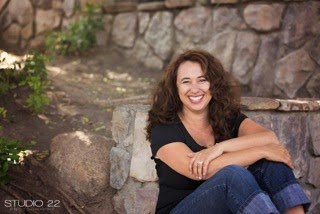 Where to find Mindy:

Bio:
Mindy Ruiz is the author of ENCHANTED HEART and LYING, CHEATING HEART in the Game of Hearts Series and other paranormal romances guaranteed to make your heart race. Her stories combine snarky heroines, tormented heroes and buckets of swoon. Since her first story about a magical, museum hopping chair, she’s loved exploring those things that can not be explained, and must simply be believed.
When she’s not writing, Mindy can be found chasing her three young boys on the beach by their house, or flirting with her handsome husband, She loves great romances and all things John Hughes.Connect with her online or at events. She loves meeting readers so definitely do say hi, especially when she’s tweeting about fantasy television or a great Cowboys game.

Posted by Bethany Lopez Author at 8:57 AM