Cover Reveal of Forged by Greed by Angela Orlowski-Peart

I am excited to be involved with the Cover Reveal for my friend Angela Orlowski-Peart and her upcoming novel:


Their choice had been taken away long before they were born.


Two Seattle 16-year-old Shape Shifters, Jatred and Jasmira, are torn between following their hearts and protecting the order of the world.

The ancient Shape Shifter Races—the Winter wolves and the Summer leopards—exist on Earth, living among humans and perfectly fitting into modern life. Their secret societies are organized, each united by their own laws and traditions.

Two Goddesses, Crystal and Amber command their respective Races. One is on a quest to tilt the scale of power to her side. The other will never let it happen, even if it means sacrificing Jatred and Jasmira’s love.

The Amulet commissioned to bring stability into the world remains hidden and concealed with the help of advanced technology. Jatred is the guardian of the Amulet and key to the Goddesses’ conflict.

The forces of nature are disrupted. Earthquakes, tsunamis, and volcanic eruptions rake the world. The Goddesses go to war and summon all their Shifters to join in the conflict. Jatred and Jasmira fight not only for their star-crossed love but to protect the future of both Races and humankind. 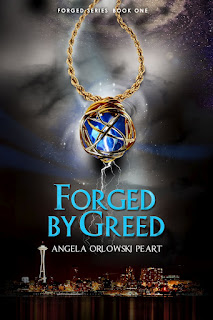 The cover art was designed by Jeannie Ruesch

Angela Orlowski-Peart was born and raised in Poland. She describes herself as European born, American by choice. She was just seven-years-old when she decided to learn English to translate her favorite Polish fairytales.

Angela is a Young Adult and Adult fiction writer. She completed her first YA paranormal romance novel, Forged by Greed, which is scheduled for publication on September 20, 2012. This is the first book in The Forged Series. Angela writes in multiple genres, including paranormal, fantasy, urban fiction, sci-fi, and short stories. She is a member of Society of Children’s Book Writers and Illustrators, Western Washington Chapter (http://www.scbwi.org), and several authors’ and readers’ networking groups on Linkedin and Goodreads.

Angela loves reading good books almost as much as writing them. She can’t decide which is her favorite season—summer or fall. She speaks with Polish accent, but loves listening to the Southern drawl.
She is passionate about watercolor painting, fashion—especially stilettos, rock climbing, environment, and organic food and gardening. She lives in the Seattle area with her husband, two children, and a very independent and chronically curious cat. 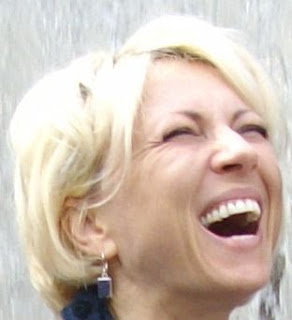 
The wolf stood under the trees, several yards from the fence. His eyes were fixed on the stone statues. He growled and took a few slow steps back. Then he sprang forward and ran full speed toward the gate. His upper lip drew back, showing sharp, long canines. He jumped over the spikes of the fence, his belly inches away from the pointed iron finials. The wolf landed on the other side and left large paw prints on the freshly mowed grass. He lost his balance but regained it momentarily.

“Jatred!” From the house Jasmira ran toward him. Her long curly hair billowed behind her. “J, you made it. You made it.”

The wolf whimpered and trotted forward to meet her. Without slowing down, she threw herself onto him. Her hands grabbed his thick fur. His body was massive, and Jasmira looked like a child hugging an uncommonly large dog. The air around them pulsed and shivered. Jatred shifted into his human form and fell onto his back. Jasmira sprawled on top of him. Holding his face in her hands, she kissed him. His face broke into a broad smile.

Forged by Greed will be released on September 20, 2012. The second book in the series (untitled) is scheduled for publication in summer 2013.

Add Forged by Greed to your To-Be-Read list on Goodreads. Check back on September 20th for the buy links and the book blog tours information.


Posted by Bethany Lopez Author at 9:00 AM