We are so excited to share Heather Lyons'
THE COLLECTORS' SOCIETY ENCYCLOPEDIA
with you today!

THE COLLECTORS’ SOCIETY ENCYCLOPEDIA is a compendium to the Collectors' Society Series and includes a wide range of character stories, facts and little known tidbits. It’s a must for the true collector in all of us. The books in The Collectors’ Society Series are Adult Romantic Fairy Tales, full of adventure and fantasy.

About THE COLLECTORS’ SOCIETY ENCYCLOPEDIA:

CLASSIFIED MATERIAL
If you are reading this dossier, you have been granted Level Three clearance within the Collectors’ Society. Included in these pages are snippets from multiple key agent files as well as those on persons of interest. Please keep in mind that this compendium is considered highly sensitive and is illegal to share with anyone outside of your clearance. It is not to be removed from the Institute.
Happy reading!
—The Librarian

For those previously introduced to the mysterious Collectors’ Society and its mission, eager to discover more, The Collectors’ Society Encyclopedia is the perfect full-color companion piece to the series. Within are detailed entries elaborating upon various agents and employees as well as key villains suspected of targeting and destroying Timelines. Backstories, relationships, secrets, and clues are revealed alongside a thorough bibliography of important Timelines and their designations. Profiles are also included of the Institute in New York City as well as Wonderland. Society fans and lovers of classic literature will undoubtedly delight in unraveling the secrets that lay within these pages.

Heather Lyons writes epic, heartfelt love stories and has always had a thing for words. In addition to writing, she’s also been an archaeologist and a teacher. She and her husband and children live in sunny Southern California and are currently working their way through every cupcakery she can find.

Posted by Bethany Lopez Author at 6:42 AM 3 comments: 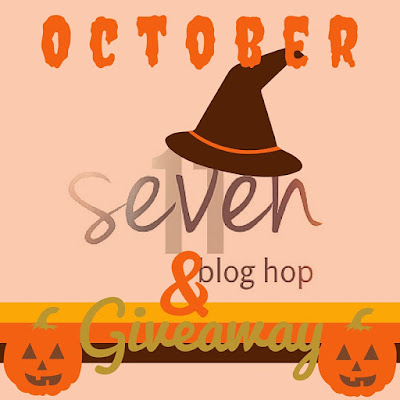 I'm so excited that the Seven 11 Blog Hop is back... And, it's BIGGER than ever! You'll still hop to each author's blog to read seven lines from their current WIP, but since the blog hop is now quarterly, each author is offering a #Giveaway! 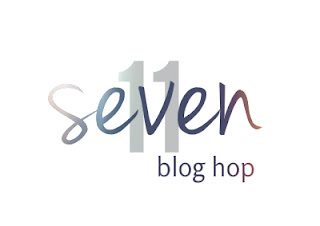 Today, I'm sharing seven lines from my tentatively titled Contemporary Fiction, Always Room for Cupcakes. This story is unlike anything I've written before, and I'm having an absolute blast writing this character.  I hope you enjoy it!

**This story is for readers 18 and older, and is am unedited work in progress**

One day you’re be-bopping along jamming to the music in your head while wondering if your thighs can handle grabbing a cupcake on the way home, and the next thing you know, you’re entire world crashes and burns.
I used to wake up at night in a sweat, crying because I’d dreamt that my husband was cheating on me, or that he hated me and resented my kids. He’d always hold me close and tell me it was all just a dream, that he loved me and our family, and that he’d never let me go.
He was a fucking liar.
Instead of being the sweet, affable, hard-working man he projected to me and the outside world, he was actually a cheating, vagina-licking asshole, who only cared about getting off, and being free of responsibility.
I’d gone from sweet and caring housewife, to a bitter, hard-as-nails single mom, who worked her ass off to give her kids a quarter of the life they were used to. Putting my photography skills to use, I’d gone to work for a scumbag PI, who used me to dig up good dirt on his clients.

Now, on to the Giveaways...


Don't forget to stop by the other blogs to read their seven lines and enter the giveaways:

Kayla Smith - Enter to win an ebook of Return to Pandora

Cover Reveal of Cruel and Beautiful by A.M. Hargrove and Terri E. Laine

Cate Forbes, a dedicated college student with a carefully plotted future,
doesn’t know the first thing about love. When she accepts a blind date with a
tasty piece of eye candy, she thinks she can get by with a night of fun. Cate’s
plans quickly unravel when she gets one look at the sexy…

The relentless hockey-playing
medical resident knows what he wants— a career in Oncology and Cate. Although
he’s heard the gorgeous brunette is a little relationship skittish, a single
night out isn’t what he has in mind. Determined to have her— in every way
possible— he shows her just what a future with him would hold.

Only life has other plans. The unthinkable happens and everything begins
to shatter. Both in too deep, they will have to fight the cruel and hang
on to the beautiful.

ADD TO YOUR GOODREADS!

One day, on her way home from work as a sales manager, A. M.
Hargrove, realized her life was on fast forward and if she didn't do something
soon, it would quickly be too late to write that work of fiction she had been
dreaming of her whole life. So, she rolled down the passenger window of her
fabulous (not) company car and tossed out her leather briefcase. Luckily, the
pedestrian in the direct line of fire was a dodge ball pro and had über quick
reflexes enabling him to avoid getting bashed in the head. Feeling a tad guilty
about the near miss, A. M. made a speedy turn down a deserted side street
before tossing her crummy, outdated piece-of-you-know-what laptop out the
window. She breathed a liberating sigh of relief, picked up her cell phone, called
her boss, and quit her job. Grinning, she made another call to her hubs and
told him of her new adventure (after making sure his heart was beating properly
again).

Other than being in love with writing about love,
she loves chocolate, ice cream, and coffee and is positive they should be added
as part of the USDA food groups.

Terri E. Laine is an avid reader and the co-author
of Cruel & Beautiful. When she isn’t writing romance with heart and heat,
she is crazily managing a household with her husband and three kids.

FACEBOOK
Posted by Bethany Lopez Author at 9:14 AM No comments: 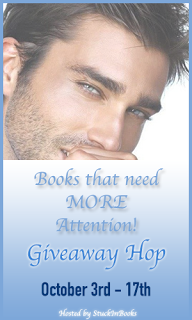 This hop is all about sharing the books you love with readers! I love a good romance, especially if it's funny, and Penny Reid can do funny like no other!

I want to spread my love of her Knitting in the City Series, and since book 1, Neanderthal Seeks Human, is currently free, I'll be giving away an ebook of book 2, Friends Without Benefits!

Now hop along to the next blog...

Posted by Bethany Lopez Author at 8:19 AM 16 comments: