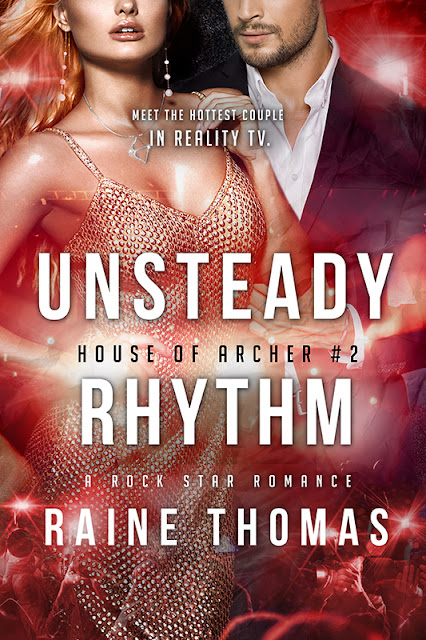 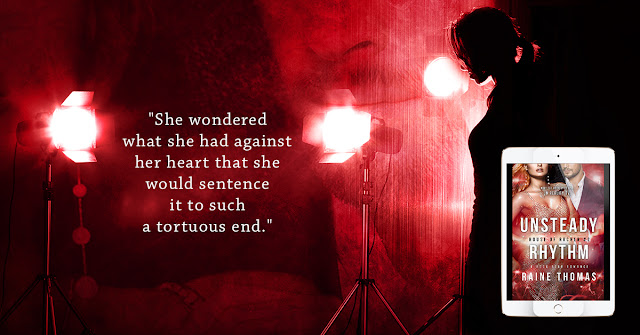 A rock band. A reality show. A recipe for disaster.

Lily Montgomery’s life has veered in a direction she never expected. She’s struggling to find her balance after her romance with rock star Dane Archer propelled her into the latest headlines. Her dreams of a successful writing career are fading in the bright lights of unwanted fame. She needs to figure out how to help Dane and his band achieve their goals without losing sight of her own.

As The Void’s tour continues, Lily faces family drama, relationship trials, dangerously dedicated fans, and zealous paparazzi. Between that and figuring out how to spin the tabloid-worthy relationship developing between the band’s brooding bassist, Keith Connors, and her conservative roommate, Sydney Ward, Lily has more weight on her shoulders than she ever imagined.

But her choice has been made. For the sake of love and her own reputation, she will have to find her rhythm and rise to each challenge. If she doesn’t, she’ll lose everything...and the whole world will be watching. 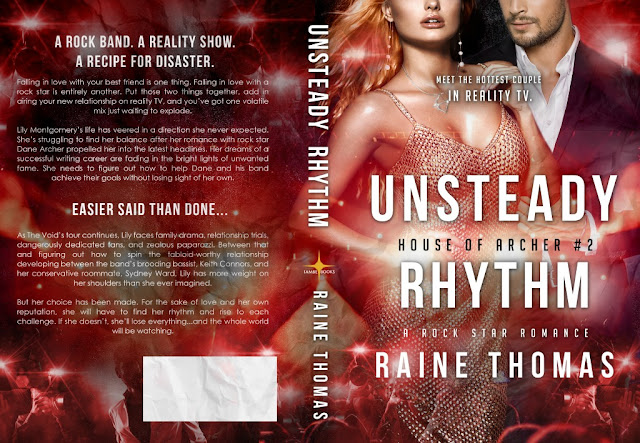 
It took Lily a moment to register the number of people lining both sides of the walkway from the base of the booth’s stairs to the tunnel leading to the green rooms.
Metal barricades had been set up to keep the people back. A couple of the venue’s security team members stood in the walkway to ensure the more eager fans didn’t attempt to scale the barriers. Lily figured the crowd was waiting for the band.
But that couldn’t be right, she thought. This wasn’t the passage leading backstage.
“Lily!” they cried. “Lily, can I have your autograph?”
“Can I get a photo, Lily?”
She tried to mask her disbelief as the fans spotted her and started shouting, holding phones, Sharpies, and all manner of things over the barricades towards her. The noise escalated the longer she stood there next to Barney without moving. She forced herself to smile.
The walkway looked endless. Anxiety had her rubbing a hand over her stomach. She saw Spence filming her from the far end of the walkway, capturing everything for the show.
“I guess I’ll be signing a few autographs?” Lily said to Barney.
She hadn’t meant for it to come out as much like a question as it did. She handed her notebook and pen to Barney.
“That isn’t a good idea,” he said. “There isn’t enough security. The venue team didn’t plan for this.”
“Neither did I,” she replied. “Just a few, okay? I can’t have people posting that I was too stuck-up to sign a couple of autographs.”
His mouth thinned in disapproval before he nodded. He followed only a foot behind her as she did her best to make her smile look more genuine and approached the first fan.
The next fifteen minutes were a blur of signing, taking photos, and shaking hands. The crowd wasn’t shy about getting right in her face, eager for her attention. Her head pounded from the strain of incessant smiling and worrying that someone might try to stab her in the eye with their pen because they thought she was going to break up The Void. It was a relief to discover that everyone seemed genuinely supportive of her and thrilled to meet her. She wasn’t sure that made this any easier.
When they were about halfway down the path, Barney brought a hand to his earpiece and moved his head to talk into the mic at his cuff. Lily glanced at him as she signed another autograph. She secretly hoped his conversation was a reason to get her out of this. She didn’t know how the band did it night after night.
In the next instant, someone hauled her off her feet.
A man’s mouth pressed against hers.
Knowing it couldn’t be Dane, she tried to struggle. Her arms were pinned to her sides. A tongue ran along the seam of her tightly sealed lips, making her want to gag. It felt like the shocking assault lasted forever.
Then she was abruptly released. She fell hard. Her left ankle twisted under her at an awkward angle that sent pain shooting up her calf. Her teeth clacked together as she hit the ground. 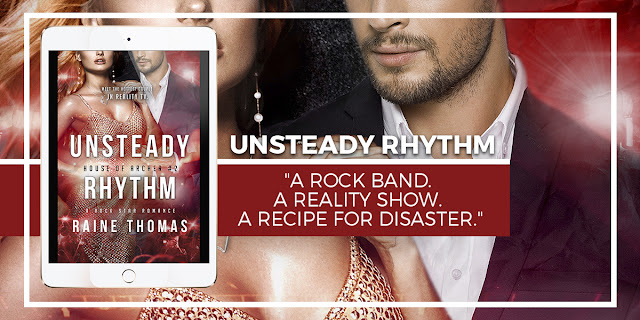 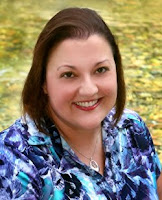 Raine Thomas is the award-winning author of bestselling Young Adult and New Adult fiction. Known for character-driven stories that inspire the imagination, Raine has signed with multiple award-winning producer Chase Chenowith of Back Fence Productions to bring her popular Daughters of Saraqael trilogy to the big screen. She's a proud indie author who is living the dream. When she isn't writing or glued to e-mail or social networking sites, Raine can usually be found vacationing with her husband and daughter on one of Florida's beautiful beaches or crossing the border to visit with her Canadian friends and relatives.

Raine loves to hear from readers! You can connect with her here:


Posted by Bethany Lopez Author at 2:32 AM