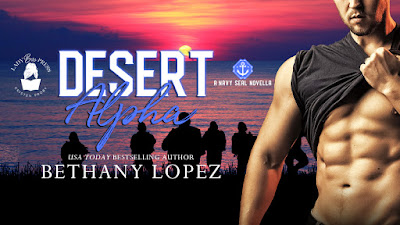 Desert Alpha is part of Kristen Proby's With Me in Seattle Universe.A forbidden, short-lived military romance could lead to lifelong happiness…or unbearable heartbreak.Air Force Sergeant Cass Miles is all too familiar with the pitfalls of on-base romances—to the tune of one failed marriage and a bitter ex. Even if it wasn’t against regs to get involved with her fellow Airmen, she wouldn’t have any interest in that kind of relationship.Until she sees Rip.As a Navy SEAL, Rip is used to getting plenty of attention when he and his teammates step on base, especially from the ladies. It happens so often that the attention from the opposite sex doesn’t even register anymore.Until he sees Cass.With only days together and the threat of discovery looming, can this unlikely couple find their way to true love? 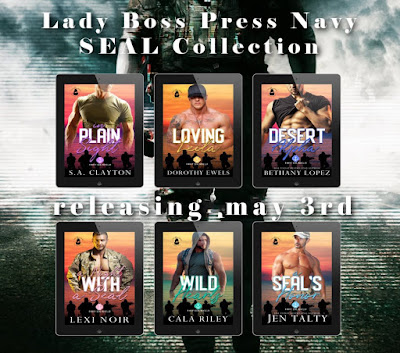 Posted by Bethany Lopez Author at 3:00 AM