1      When you think of your favorite books, what is it that draws you to them and makes you want to read them over and over again?


I know everyone probably says great characters and I can’t argue with that, but I love a good plot. Something fast-paced, puts you on the edge of your seat and keeps you from putting the book down no matter how late in the night it might be. Any story that can give me that same rush of anticipation and anxiety during a second (and third and fourth) read is definitely a great story because you want to read it despite knowing how it ends.

2      Did you consciously decide to write the genre you write, or did it choose you?


A little bit of both I think! I’ve always read fantasy and thrillers. I watch crime shows and magic worlds on TV. I know that I went into writing wanting to do mostly fantasy with a touch of mystery, hence my first book about murder at a supernatural circus. When my second book, a thriller about a serial killer stalking witches, came to me, it wasn’t something I ever thought I could write because I didn’t know I could do creepy. But I love tying in fantasy and mystery together! It’s my bread and butter, really.


I feel pretty sure a lot of people answer this way, but I must say JK Rowling - and not even necessarily to talk about Harry! From a writer’s perspective, her attention to detail is simply incredible, both in terms of her world-building as well as forgettable details that crop up later (say, the Quidditch Snitch in Book 1 coming back for an important part in Book 7). She has a history on every single character, which only adds to their development over time. George R.R. Martin is the same way and I’d love to have a drink and talk with him, but he would definitely intimidate me. His mind must be just a maze of detail with his epic fantasy - he’s got such a remarkable way of creating characters that you absolutely despise, only to reveal bits and pieces over time that make them change into someone you really root for and that’s absolute talent.

4      When you are not writing (or reading) what is your favorite pastime?


Watching too much TV - a terrible answer, I know, but it’s what I do when I’m not at my computer! (In the summer, I try to at least get a bike ride on the greenway in after work with my husband). We watch a lot of Game of Thrones and I love watching crime shows (Criminal Minds, The Following, Elementary, Grimm), as well as action and adventure (Arrow). The list is embarrassingly long. Maybe I should’ve said “go to the gym” or something. But if you follow me on Twitter, you know that would be a lie, since all I do is talk about how I hate the gym and want cupcakes for second breakfast.

5      At what point were you sure that your book was ready to be published, and how did you go about making it happen?


I spent 3 years writing Gifted, a Donovan Circus Novel. If I hadn’t let little things get in the way, it would’ve been done sooner, but after several (and I mean several) drafts, I finally saw that it was complete - the characters had all developed, the plot moved fast, and I’d cut unnecessary scenes to the point where everything left was crucial to the story. After many months of submitting to agents, only to be told, “Interesting but not for us,” I stumbled upon the self-published and indie book community. I knew right away it was the right choice for me and I haven’t looked back. Witch Hearts took about 10 months, I’d say, and I knew that was finished with the same reasoning - everything in there was important, I’d cut out my throwaway characters and scenes, and the story felt like a whole piece, from start to finish with all loose ends handled. It was one of those moments where I just knew and was incredibly happy with the result. I also self-published that title, uploading my book and cover through CreateSpace and KDP on Amazon and marketing through social sites and word of mouth. 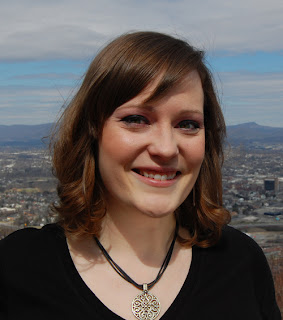 About the Author:
Liz Long is lucky enough to have a dream career in magazine publishing as an editor and writer, yet still have time to create adventures on the side. If you catch her staring off into space or talking to herself, don’t worry – it’s just her imagination at work.
Liz graduated from Longwood University with a BA in English, though her professors might be disappointed to hear she reads more fantasy fiction than literary novels. She also loves action and thriller genres. This book probably won’t change your life, but she hopes it steals you away from reality for a while.
Her newest release, Witch Hearts, a paranormal thriller about a serial killer stalking witches, will be available on paperback and Kindle on Amazon on April 30th. Her first book, Gifted, a Donovan Circus Novel, about a murder mystery at a supernatural circus, is also available for paperback and Kindle on Amazon.
To learn more about Liz, visit her website: http://lizclong.com
Twitter: (Handle: @LizCLong) https://twitter.com/#!/LizCLong
Facebook Author Page:  https://www.facebook.com/lizclongauthor
Gifted's Amazon Link:
http://www.amazon.com/Gifted-Donovan-Circus-Novel-ebook/dp/B007VT34J2/ref=sr_1_2?ie=UTF8&qid=1336675611&sr=8-2
Witch Hearts will be out on April 30th!
Posted by Bethany Lopez Author at 10:12 AM