As a family each year we watch Elf and The Santa Clause because they are great family classics appropriate for all ages in our house (8, 10, 16).
My husband and I also have a tradition of watching It's a Wonderful Life every year on Christmas Eve while we wrap the kids presents. We wrap, eat and think about the past year while watching Jimmy Stewart find the meaning of his life. Win.


Well, since you insist I pick someone other than my man I guess I have to go with my book boyfriend - Reed Wellington from The Premonition series by Amy Bartol. I'm a complete fool for Reed. He's a bossy warrior angel with a heart for one woman, whom shall not be named since it's not me. I'm also kinda a fool for Jamie from Outlander and Matthew McConaughey.


I can recall a Christmas when I was probably 10 and I had like 3 or 4 cabbage patch kids and a million accessories for them under the tree - I thought that was the best ever. Or my Barbie dream house Christmas, that was good too.
The worst was the year my poor hubby had the flu so I had to do all the family travelling (we lived by all of our family back then) without him. I missed him a lot that day. I admire people who have to spend the holidays away from their spouses or kids so much - it's not a time you want to be without the ones you love.


The joy. The lights. The food. The Spirit. Everything!


The character I'm writing now, Danica (Dani), has a pretty legit reason to hate the season but I can't tell you why. This is the first book I've written that even mentions the holiday so let's assume all my other characters love it since this one really really hates it! 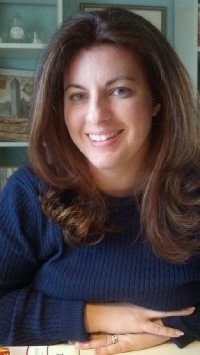 Where to find Michele:

Bio:
Michele writes novels with fairytale love for everyday life. Romance is always central to her plots where the genres range from Coming of Age Fantasy and Drama to New Adult Romantic Suspense.

Having grown up in both the cold, quiet town of Topsham, Maine and the steamy, southern hospitality of Mobile, Alabama, Michele is something of an enigma. She is an avid Yankees fan, loves New England, being outdoors and misses snow. However she thinks southern boys are hotter, Alabama football is the only REAL football out there and sweet tea is the best thing this side of heaven and her children's laughter!

Her family, an amazing husband and three awesome kids, have planted their roots in the middle of Michele's two childhood homes in Charlotte, North Carolina.

Posted by Bethany Lopez Author at 6:43 AM