I think many people have the same favorite. Mine is Christmas Vacation. It started some time back and almost every Thanksgiving - after all the games are over and we've eaten our 2nd or 3rd rounds of food, the entire family finds some place in the living room to watch it together. It's obnoxious because we know every line, yet we repeat them anyway.My other favorite movie is The Santa Clause - that movie gets me every time. Everything seems magical and I'm completely giddy about Xmas!!

Ooooo - sorry BABY!! I love you! You're my first choice always. BUT....if I *have* to pick someone else, I'll go with Ben Affleck or maybe Scott Avett. Both are such beautiful men for completely different reasons. Affleck because I've had a mad crush on him since I was in college. Avett because I connect to their lyrics and the soulfulness of them.Or I could go safe and say my kids. LOL!

Best Christmas - This is a really tough one, but I guess I'd have to say my first as a mom with both of my girls. We were in Virginia because my husband was in the Navy. My sister and her husband came out with their 1 1/2 year old daughter and newborn son as well as my parents. Our apartment was insanely tiny so we were strewn about the whole place. We took a couple of days and went to D.C. to go sightseeing. It was snowing, cold and rainy, but we had a great time experiencing something together for the first time.Worst Christmas - Probably last year. We had just told our girls the truth about Santa. They were figuring it out anyway. It was dramatic and so damn funny! (Jeez, I'm going to hell for that!) We ruined Xmas for them, though we did a decent job of salvaging something for them. Seriously, Santa upset them....the Elves (holy crap! People, if you have NOT gotten into the Elves....DON'T DO IT!) When we mentioned the Elves, they took off running away from us freaking out. It was a mess. Then add to it that about two weeks later, our sweet old Dixie drowned...in our pool. Yeah...I think "Dramatic" covers the description of Christmas 2013 in my house.

Christmas Carols starting Thanksgiving day. We pull out all of the decorations and then put on Christmas music while we decorate. The girls have a tree upstairs, but I'm a little control-freak-ish about mine, so I handle it alone. At night, I love turning everything off but the lights on the Christmas tree because it feels so cozy and happy in the house.


I think Cass from Being There likes Christmas the most. She's an only child and her parents are on the hippy-side of things. I think she looks for any type of normalcy, so doing the Christmas thing and falling into the magic of it all would be perfect for her.As far as the character that doesn't - I'm going to have to go with Jett from Mine to Steal. He's Trey's younger brother and the most sarcastic, juvenile guy. I don't think he hates it, but he's definitely the guy who would make jokes and probably spill the truth to a kid who was standing around. Purely on "accident." LOL! 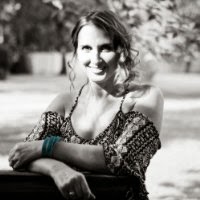 
Bio:
T.K. Rapp was born and raised in Texas. She would have stuck around there forever, but her husband was in the U.S. Navy, so they moved every 18 months. However, she didn't mind, because she had the opportunity to live on both coasts and met amazing people along the way.
Now, finally settled back in Texas...for good, she is able to pursue her writing. When she's not at her desk, she enjoys being with her family, shooting and editing photographs, visiting with friends or just watching movies.

Posted by Bethany Lopez Author at 6:35 AM