The holiday's are upon us, and to celebrate, I wanted to make sure you all know about some fantastic book deals I have going on for you!!! 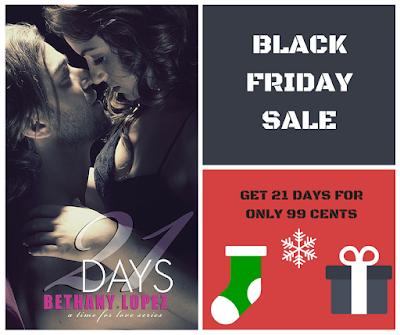 First up is 21 Days, book 2 in the Time for Love Series. This is a Contemporary Romance series. Each book is about a different couple and can be read as a standalone. I'm running this sale in conjunction with a Bookbub Ad, and will have 21 Days on sale for $99Cents until Nov 30th!
Sasha and TJ are no strangers to enjoying sex with no strings attached, so when they decide to act on their mutual attraction, there should be no reason why they can’t apply that same philosophy to each other.
Money has never been an issue for Sasha, which made proving herself as a real estate dynamo a personal challenge she was determined to conquer. Raised in a gilded world masking neglect and disappointment, she learned not to depend on anyone, especially when it comes to love and relationships. Men are great for companionship, but she isn’t looking for anything serious.
Used to going without, TJ has worked hard to be able to support himself. When he loses his job and his home in one fell swoop, he faces relying on others for the first time in his adult life. Then Sasha steps in, offering him a place to stay until he’s back on his feet. He grudgingly agrees, but vows to be out of her guest room within 21 days.
They'll discover that a lot can change in 21 days, especially when they decide to give the idea of "friends with benefits" a try. As each day passes, Sasha and TJ become closer than they’ve ever been. Will they be able to go back to being just friends when their days together are up, or will they allow their personal hang-ups to get in the way of what they really cherish most? 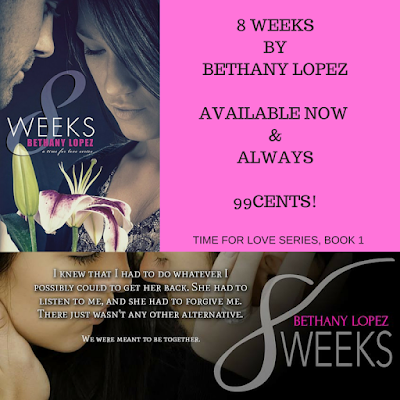 And, since 21 Days is on sale, I wanted to make sure you knew that you can also pick up book 1 in the Time for Love Series, 8 Weeks, for $99cents!
Is eight weeks enough time to earn back the love of someone you've betrayed...the only one you've ever loved?
Shelly has been in love with Cal since they started dating in eleventh grade. Despite everyone saying that the odds were against them, they got married after graduation and built a life together. Now, six years later, she is faced with the ultimate betrayal. Devastated, her first instinct is to call it quits…
After a drunken binge at his best friends’ bachelor party, Cal betrays the one person who has always been there for him, his wife, Shelly. Terrified and realizing she might divorce him, Cal must come up with a way to prove to her that his love is true…
Cal asks Shelly for eight weeks. Eight weeks to convince her that their marriage is worth the fight. Will Shelly be able to trust him again, or will their marriage end the way many others do when faced with opposition… In divorce? 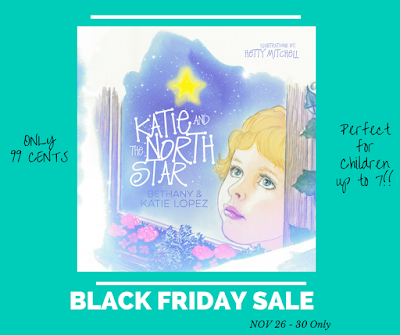 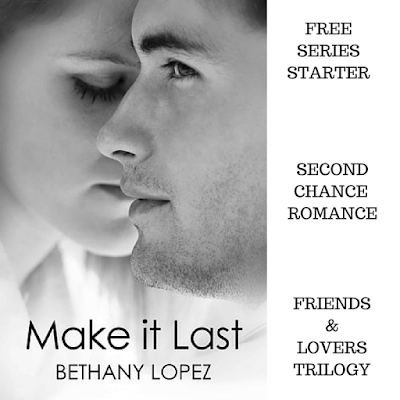 Make is Last is book 1 in the Friends & Lovers Trilogy, a New Adult Contemporary Romance trilogy, and is always free on all ebook retailers.
In a small town, it's hard to recover from being dumped by your high school sweetheart. That's just what Briana has to do after Colin leaves her to follow his dreams. She focuses her energy into her friendships and the pursuit of her own goal of becoming a chef. Just when she finally feels like she's on the right path, he comes back to town.
Colin knew breaking up with Briana before leaving for college was the right thing to do. He was determined to leave small-town life behind forever, and that included his high school girlfriend. But when a sports injury puts him on the sidelines, he's forced to return home. Seeing Briana again brings back a lot of memories, and Colin wonders if he made the right decision. It doesn't take long for him to realize he wants her back, and this time, he wants to make it last. 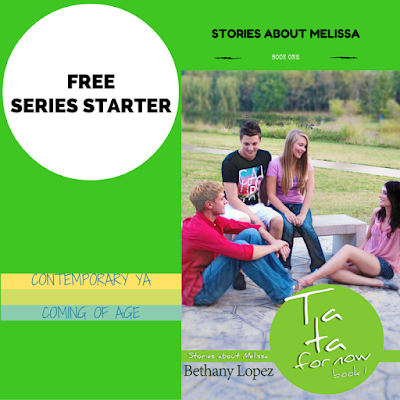 Ta Ta for Now! is book 1 in the Stories about Melissa Series, and the first book I ever wrote! :)
It is always free and begins Melissa's high school journey at the beginning of her freshman year. Perfect for twelve and up.
Melissa begins her freshman year with one goal in mind, getting Brian Jackson to be her boyfriend. She will soon learn that things don't necessarily turn out the way you plan them, the value of true friendship, and
the importance of family.
The Stories about Melissa series is a coming of age series that follows Melissa, her family, and her friends. Similar to Sweet Valley High, each book is novella length. There will be eight books in the series. 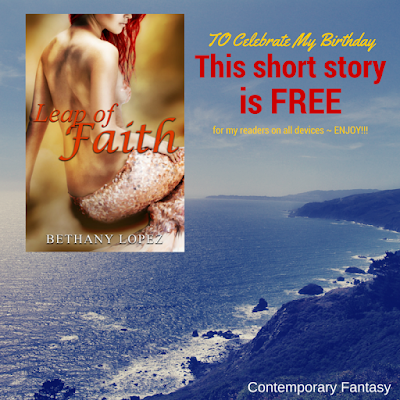 Finally, Leap of Faith is a Contemporary Fantasy Short Story that I wrote for an anthology and have now released for free.
On vacation in Ireland with his friends from college, straight-laced accountant, Josh expected a relaxing weekend full of magical stories, lush landscapes, and pints of Guinness. He never imagined he'd take a tumble down into the ocean and become captivated by a woman with translucent skin, wild-red hair, and the ability to disarm him with a look.
Being a practical man, Josh naturally assumes the local lore of mermaids and magic are only fairy tales… Will he turn his back on the impossible, or will he take a Leap of Faith?
iBooks
Kindle
(waiting for price match, still showing on Amazon as $.99)
Smashwords
Nook
Kobo
Posted by Bethany Lopez Author at 8:00 AM