1. Where do you find inspiration for your books?
Honestly everywhere. From my mind, dreams, random people in the grocery store. LOL sitting in the car rider line at the elementary school.
2. Is there a routine to your writing?
Nope more like half assed organized chaos.
3. Who are some of your favorite writers? How have they inspired you?

#1 Edgar Allan Poe #imapoehoe.  Abbi Glines was a great inspiration to me. Her books just spoke to me. We are both from the Gulf Coast so, it was all familiar I guess. Jamie McGuire had me at the line "I just don't like being a foregone conclusion for the sole reason of having a vagina."  I love Chelsea Camaron, Terri Anne Browning #myeviltwin, Gosh sooo many more #oneclickaddict
4. What are you working on now?
Two books actually. I'm finishing up Gaining Gibbs which is the fourth book in my Adult MMA series. I'm also working on the first book in a new YA series that should be out at the first of the year sometime.
5. What advice would you give to unpublished writers?
Keep trying. Don't give up. Not everyone is going to love your book. Some people have nothing better to do than rip others apart, but don't give up. Go look up your favorite Author on Amazon. Read some of the reviews they've gotten. They aren't all five stars or even four.

Coffee or Tea
Neither really Coca Cola is my thing. Well, Coke Zero, since I'm trying to get rid of some of my fat ass.
Wine or Beer
Beer
Movies or Books
Books
Hemsworth or Pratt

Summer or Winter
Both I live in FL so we only have a couple of seasons. LOL
Beach or Mountains
Both I'd have a beach shack in the FL Keys and a house on the side of the Rocky Mts. if it were up to me.
Pizza or Cheeseburger
Pizza #fatkidproblems
Love at First Sight or Friends to Lovers
Friends to Lovers
Halloween or Christmas
Christmas
Game of Thrones or Outlander
Neither NCIS, LOL #copskid 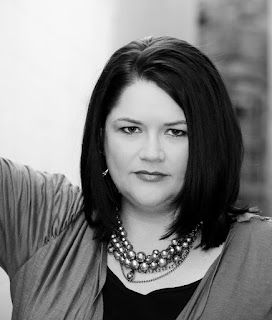 Bio
S.M. Donaldson is a born and raised Southern girl. She grew up in a small rural town on Florida’s Gulf Coast, the kind of place where everyone knows your business before you do, especially when your Daddy is a cop and your Mom works for the school system. She married one of her best friends at the age of 20 and has one son. She is a proud military wife, has always had a soft spot for a good story, and is known to have a potty mouth. At the age of 31, she decided there was no time like the present to attempt her first book. Sam’s Choice was born and she hasn’t stopped since. If you are looking for a good, steamy, Southern set romance with true Southern dialect, she’s your girl.

Other titles by S.M. Donaldson

Email ThisBlogThis!Share to TwitterShare to FacebookShare to Pinterest
Labels: 5 Questions, November Author Interviews, S.M. Donaldson, This or That