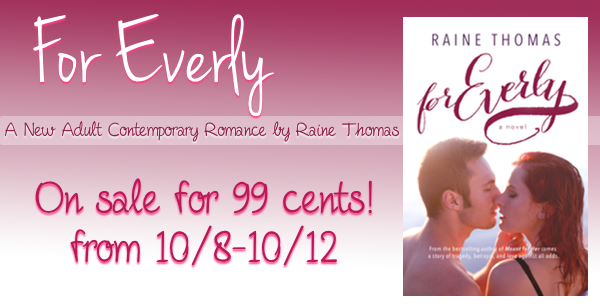 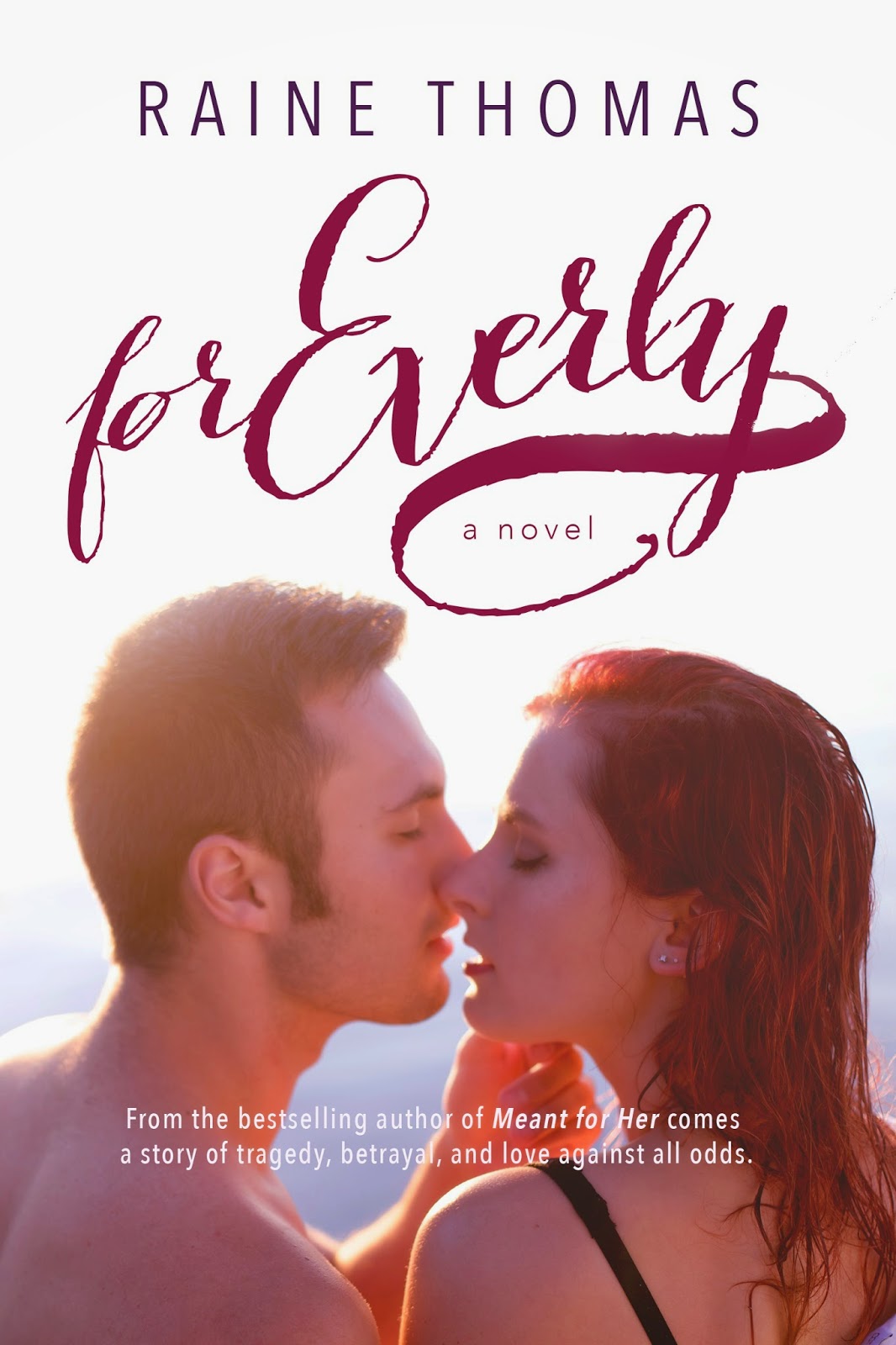 **This is a New Adult novel recommended for ages 16+.

Determined to overcome a dark and tragic past, college student Everly Wallace is only months away from earning her degree in physical therapy. She’s consumed with school, caring for her ailing grandfather, and figuring out how to pay the next bill. The last thing she wants is a relationship, but it just might be the one thing she needs.

Major League pitcher Cole Parker hasn’t fought for anything in his life. He went from a privileged upbringing to a multimillion dollar All-Star career. But when his pitching shoulder starts to give him trouble at only twenty-four years old, he faces the possibility of his injury becoming public knowledge and costing him everything.

In a desperate bid to save his career, Cole decides to hire someone to treat his injury, someone who will keep things off the record and out of the media. He finds the perfect solution in Everly. As mysterious as she is beautiful, she provides an enticing distraction from his pain. Soon, physical therapy is the last thing on his mind.

When an act of betrayal brings the truths they both fear to light, Cole will have to fight for the first time in his life…not just for his career, but for Everly’s love.

“I know you’re not seeking any romantic connections right now, Everly,” Wyatt interrupted, giving Cole a quelling look. “We’re here in a strictly professional capacity.”
Now she looked more at ease. “I see. Are you seeking a consultation over Cole’s rotator cuff injury?”
Cole stiffened. He glared at Wyatt.
“I haven’t told her a thing,” Wyatt said with raised palms.
“You didn’t have to say anything,” she said with a shrug, leaning back against Rowan’s desk. Her keen gaze met Cole’s. “I noticed that you favored your left hand throughout your meal, using it to drink, eat, and bring your napkin to your mouth, but you’re a right-handed pitcher. And just now, when you moved to clear space on the couch, you stopped breathing and swallowed hard when you moved your right arm, telling me you’re hiding pain and have a reduced range of motion.”
His mouth opened over her observations. He looked again at Wyatt. His brother gave him a look that said, See?
“But how do you know it’s a rotator cuff injury?” Cole asked. Could other people see what she did? If so, he was so screwed.
“That, I’ll admit, was an educated guess based on your age and profession,” she answered. “I’ve only observed your symptoms and haven’t done any scans or tests to confirm. You’ll want to rule out bursitis, tendonitis, adhesive capsulitis, and other possible causes of your shoulder pain, of course.”
Despite what he’d seen this evening and his brother’s assurances, Cole was surprised by Everly’s quick assessment. She looked like she should be out club-hopping, not spouting medical jargon with such an intent expression on her face.
He also realized, since she knew his profession, that she had known who he was the moment she saw him. So why hadn’t she mentioned that before now? Maybe she wasn’t a fan.
“We’ve had scans done,” Wyatt said. “X-rays, an MRI—the whole load.”
He moved over to the desk. Everly stepped to the side as Wyatt reached over to retrieve the large manila envelope resting there. She hit Cole’s leg and nearly toppled onto his lap. Out of instinct, he reached out to help her maintain her balance. His hands ended up on her nicely shaped rear end.
She sprang away like a gazelle fleeing a lion. When she turned to look at him, he realized her cheeks were nearly as red as her hair. Her reaction went a long way toward putting him back on an even keel.
“I don’t bite,” he said with a grin. “Come and have a seat.”
He patted the cushion beside him. She looked at it warily, then moved her gaze to him. He patted the cushion again. Her lips moved on a whispered comment of some kind as she stepped around his legs and sat down. It was a small victory, but he felt better.
When he turned to look at her, he caught her scent, a unique fragrance that reminded him of whipped vanilla cream and frosted wildberries. She met his gaze. The combination of her nearness, her scent, and the cautious look in her lovely eyes had his whole body reacting.
Oh, this was such a bad idea. 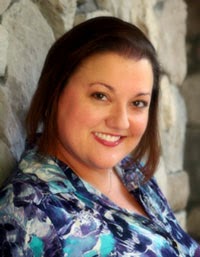