Zombies freak me out! No, seriously. The whole flesh eating thing gives me the creep...but I can't stop watching the Walking Dead. It's like an obsession that I need rehab for haha

No one! I'd be the idiot who gets eaten and my worst nightmare would come true.

The ability to be anyone. To let my imagination come alive outside of books for one night. I've never been one of those people who likes scary costumes. It's all about the fun for me instead of the scares and thrills.

One Halloween I was slightly obsessed with Buffy the Vampire Slayer *cough* still am *cough* and I went as Buffy. I rocked that stake!

J. K. Rowling was too brilliant with her spells in the Harry Potter series. I think there was some inside knowledge happening there. Just saying! 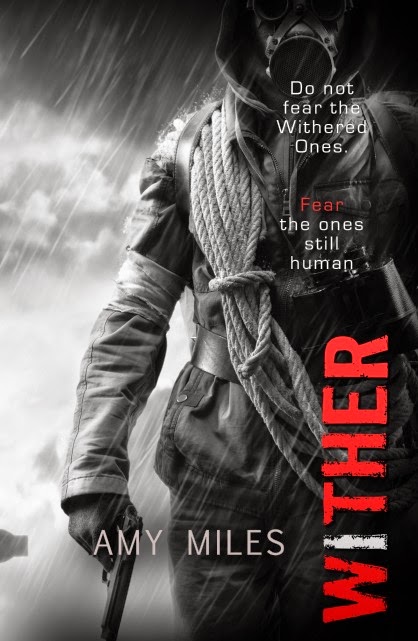 I always thought when the apocalypse finally began I would be swinging my baseball bat with the best of them, in true zombie slayer fashion. I was prepped and ready to smash in some heads if the need ever arose.

The problem is...no one ever warned me that I would have to fear the humans instead. The ones who still remember their names and how to put a gun to your temple when they want something.

The others...well,they pretty much keep to themselves.

How far would YOU go to survive just one more day?

Do not fear the Withered Ones. Fear the ones still human.

Wither is a psychological thriller that poses the question...what if the zombies aren't the ones we should fear? What if it's human nature instead?

Do not fear the Withered Ones.  Fear the ones still human in WITHER, upcoming horror release by Author Amy Miles on October 26th. 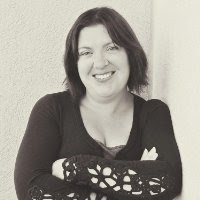 How to find Amy:

Posted by Bethany Lopez Author at 7:01 AM