1. Where do you find inspiration for your books?


I don't know that I necessarily have an inspiration. I tend to get ideas from either dreams or while driving in my car (you know, because that's really convenient).  I often go in spurts, where I'll suddenly get a bunch of different ideas and have to jot them down and save them to my laptop and then maybe go for a while without something. It really depends on how stressed my mind is with the current project that has me wrapped up.
2. Is there a routine to your writing?


I'm still trying to develop a routine. Can someone help me?
3. Who are some of your favorite writers? How have they inspired you?

Lexi Blake, Shayla Blake, and Tiffany Reisz. If I can write half as brilliantly as Tiffany, I'd consider myself blessed. That woman can not only write a damn good book, she never, ever bores you. I love Lexi's wit that comes through in her novels. She has some of the best characters and one-liners I've read. And Shayla writes character arcs so well, she should teach classes on the subject.

4. What are you working on now?


Today is the release of book 1 in my newest series The Men of Law—Heist. This series is about a group of detectives and the women that turn their professional and personal lives upside down. Each story will be a standalone, with each character receiving their own novel.
5. What advice would you give to unpublished writers?

Oh my. What do I wish that I would have known? There's a whole list of things, so I'll only state a few.
A. Invest in an editor. A good/reputable editor. Not someone who is just starting out or someone who says, I can do that. A good editor will cost you some money. But it's an investment that is necessary. Trust me, your book NEEDS an editor because you are too close to your project.
B. But before you even get that far, take writing workshops. If you're writing romance, take romance workshops to learn what is required to be in a romance novel. If you're writing thrillers, same advice. And so on and so on. Learn about the genre that you've chosen to write in.


C. This is NOT an overnight success business. You will pay your dues. You will not become a New York Times Bestselling author releasing your first novel...or second...or third. So many authors think their novel is going to blow up and take off. They see the success of Harry Potter, Twilight and FSOG (not that those novels sold millions overnight, it took some time to catch on) and think that'll happen to them, when in reality, considering the thousands of novels released daily, that number is so small. Do I hope that success happens to every author? Absolutely. But being realistic about the industry will help an author in the long run. Too many get into this business with the wrong thought process and end up leaving because they didn't understand what being a published author entails: hard work, patience, and persistence.

Summer or Winter
Oooo, see now this one is hard. I like the warmth of summer but I love jeans and long sleeve T-shirts and boots.
Beach or Mountains
Beach (I just dreamed an awesome romance scene the other night that played out on a beach.)
Pizza or Cheeseburger
Pizza
Love at First Sight or Friends to Lovers
Love at First Sight (Why does friends to lovers creep me out?)
Halloween or Christmas
Christmas
Game of Thrones or Outlander
Since I've never seen or read Outlander it has to be Game of Thrones 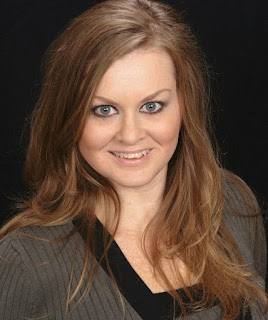 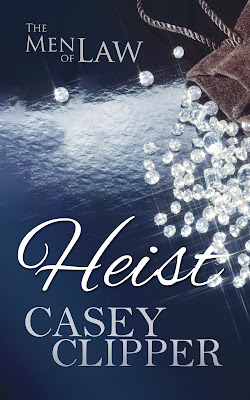 Coming November 17th!
From the author of the international bestselling The Love Series, Contemporary Romance Author Casey Clipper, comes a new contemporary romance series like no other:

Jason Campbell and his team are on a mission. To find the jewelry thief that has hit every store in their town. They have zero leads as their cagey burglar uses equipment and uncanny skills to prevent the detectives from gaining ground in the case that has dragged on far too long. Jasonʼs endless hours working this case are taking a toll. He has no life outside of his job. His nights are spent alone in a cold bed with dreams of a faceless bandit haunting him. And yes, their suspect is a woman clearly toying with law enforcement.

Hannah Lakely is doing whatever it takes to survive. After escaping from the men who her parents owe money, she vows never to be put in a vulnerable position to be injured again. Those men favor giving their warnings by breaking bones. Specifically hers, despite the fact itʼs her parents owing the cash. Hannah does what is necessary for a woman with no high school diploma, no college education, no skill set, and in need of a large sum of money immediately to pay off her parentsʼ debt. But no matter how many times sheʼs paid off the cash, her parents continue to borrow from the sharks, forcing her to maintain her life of crime. An empty life with no one to count on except for her only friend/conspirator, who worries for her safety. Sheʼs alone in the world, always looking over her shoulder for the mob or law enforcement, afraid of the day that either catches up with her.

Jasonʼs life of non-committed relationships is one that leaves him lonely at times, but he accepts that drawback after watching two of his LEO brothers go through hell in their former marriages. Why does he need that hassle? Itʼs difficult enough to find a good woman, let alone one who can tolerate being in a relationship with a detective. A law enforcement career can even test the best of couples. But Jasonʼs world is turned upside down when he literally runs into a spitfire at a grocery store. Itʼs not until the next day, when he sees her sitting at a coffee shop, that he approaches, amused by her fiery attitude. He decides to chase, smitten with the entrancing woman.

Hannah canʼt believe that sheʼs attracted the attention of law enforcement in a different manner than she ever expected. She knows she shouldnʼt play the dangerous game of going on a date with this officer, who's unaware of who he has pursued. But Jason wonʼt take no for an answer. When she relents, deciding to cave to the determined detective, she certainly never expects to connect to him on a physical and emotional level.

Jasonʼs personal life is settling into place with a woman heʼs unexpectedly falling in love with. Hannahʼs world is crumbling around her as she finds herself falling for a man who could put her in jail for a very long time if he finds out her secret. She tries to walk away from the life sheʼs been leading, until the mob catches up to her. Again.

Email ThisBlogThis!Share to TwitterShare to FacebookShare to Pinterest
Labels: 5 Questions, Casey Clipper, November Author Interviews, This or That